Call Me Ishmael - My Story on Grief, Loss and Finding Joy

This story is difficult to write and yet I find it therapeutic to write down my feelings on love, loss, grief and finding joy one day at a time. 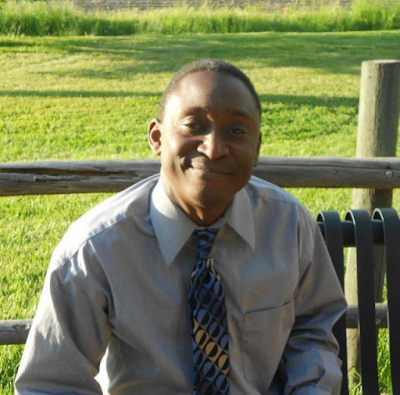 I had no idea when I created this blog of all the shit show that was headed my way.

When I began this idea of hosting women's retreats I combined my love of vintage, my joy of creating and my love for the women in my life.

So much has changed!
I've de-cluttered, I've de-junked, I no longer have a desire to enter a thrift store and rarely attend markets.  I don't want to bring any more stuff home.  I am minimalist when it comes to decorating for the holidays and I stopped doing a lot of things that I thought made me happy before.
I've remodeled my home, cleaned up the yard, started hiking, eating healthy, lost 100 pounds, began traveling and cut down on SO many things that lost their importance in my life.

Simplify, simplify, simplify is the message I kept getting.  The gatherings, the parties and the stress that come with all those events stopped.   All necessary because I found myself in the process of  having to RECLAIM my own life. 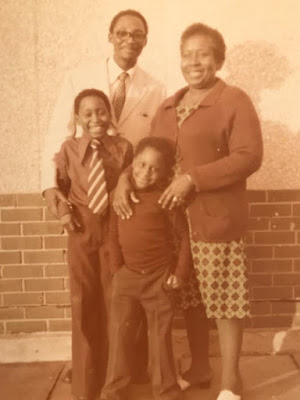 In May, 2017 my husband Gary entered the hospital.
(he's the young man on the left in the picture above, which strangely, everyone in that picture has now passed on.)

His stomach had been hurting throughout the day but by end of day it hurt so bad he made the decision to head to the Emergency Room.   They determined he was having a pancreatic attack and began treatment in the ER.

He was transferred to UVRMC due to having sickle cell, a health issue he'd had all his life.  Treatment continued and the plan was he'd be released to go home soon and get back to work.  Not so.  During the next four weeks our lives became quite a blur. 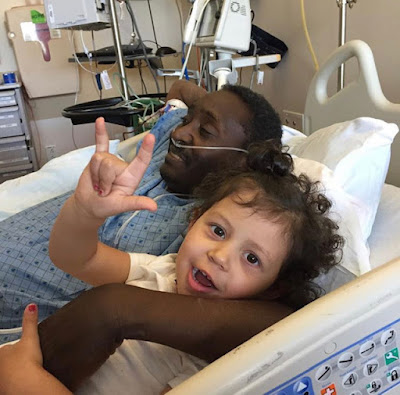 Grandpa's little buddy Gracie loved to hang out with him.
At this point we still thought all was gonna be ok.

The following four weeks were hell.   As each week progressed we went through liver failure, transplant wait lists, emergency treatments, procedures, tests, needles, more tests and medications.  The next week brought kidney failure and toxins that left my husband unable to speak, to communicate, to express what he was feeling and FEAR.

Teams of doctors visited daily, arriving at different times, asking questions, ordering more tests and I became my husband's advocate and quite skilled and versed on medical terminology, hospital schedules, doctors and nurses names and their role in my husband's recovery.   I was now staying at the hospital full time with him.  He did not want me to leave and I didn't want to, only going home to grab a shower and change clothes and check on my kids.  Team after team kept searching for answers to why his vital organs were just simply shutting down, but no answers came. 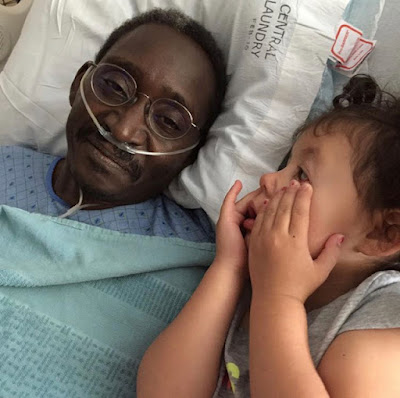 Dialysis began and the toxins were cleared and his speech came back.  He described hearing us, seeing us but not being able to form the words needed to make a response.  He could only write things for me and they usually made no sense.  I remember telling the doctors over and over that this man has a genius IQ, he's a Technical Writer, he has a Film degree, he's smart, he's intelligent, the behaviors and the inability to communicate were not his norm.

The next week his gall bladder burst.  By now, he was too weak to have surgery so they left the gall bladder in but put a drain to keep the toxic fluids out.  More painful procedures, more tubes, a blood transfusion thinking this would rid his body of sickled blood.  His decline continued and still, no answer as to why this was happening.  Dialysis three times a week at this point to keep him toxin free and able to communicate.

My husband never lost his temper, never reacted unkindly and was always grateful for all they were doing for him and told the medical professionals thank you over and over again for all they do.

Because of the many treatments he was unable to eat or drink due to the many procedures and lost large amounts of weight and strength but thankfully his mind was back due to the dialysis.  We still believed he'd come home at this point.  The next days brought awareness that infection had settled in.  Sepsis, MRSA and a super bug of an unknown source set into his already weak body.  The doctors were still treating him aggressively, trying to save him and it was at this time that I received a confirmation that he was not going to make it.   It was when this happened that I began the process to get my husband home for his last days and the Palliative Care team was called in. 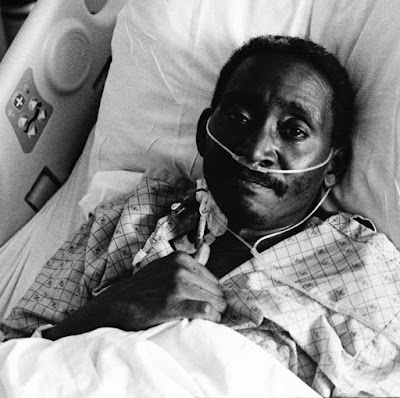 The men and woman who worked with my husband were amazing.  They came often, even off-duty to check on his progress.   These doctors and nurses came to love my husband and tears were shed by many as we realized his fight was coming to an end.  My husband was so patient with these teams, even though many decisions were frustrating and painful.  We feel that every effort to save his life was taken.  He expressed much gratitude to these teams of professionals for doing their very best for him.


The fifth week we brought him home.  They wheeled him downstairs and I just loaded him into my car and we drove home.  He was so glad to be out of the hospital, so grateful to be going HOME.   We ordered a hospital bed, medications for comfort, met with the hospice nurse, changed bandages and cleaned his drains. 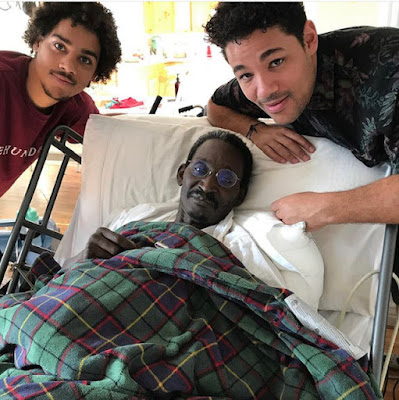 That week was insane.  He ate.  He walked.  He talked like he hadn't been able to do in the hospital.  We questioned if we'd been wrong, that maybe he was going to make it after all because he felt so good.   We were grateful.  We did a last will and testament and had it notarized in our living room.  We had carpet laid, friends and family in and out to say their goodbyes, our religious clergy came by.  He was released as a Bishop, an office he was currently serving and  spoke with the men he'd served with.  Those men became my husband's protectors later on.  My husband spoke to our children and left them with his last words of love and advice.  Our family dog was so confused.  She was suffering with anxiety.  We waited.  We talked, we laughed and we cried.

He lived one week at home and left this world on June 11, 2017.  A full moon was shining in our room when he took his last breath.  He was not ready to go and fought until the bitter end.  His death was extremely painful but I do know that even in those last, painful moments, he was learning things, being taught lessons.  I don't know what those lessons were for him, but it was a strong impression I had as he passed.

The next month was insane as funeral plans were made, caskets bought, burial plots chosen, flowers for the casket purchased, viewing his body, dressing his body for burial, family coming in, fundraisers held, phone calls, texts, friends stopping by, comforting my children and total shock as the full complete feeling of loss began to sink in.   It's a surreal place to be in and I apologize because I cannot remember who attended the funeral.  I felt like a robot as I greeted one person after another in the procession line at the viewing.

Many thanks to dear friends and family, especially my sister Laurie who came to my rescue time and time again.

I write this two years and five months later and I'm still brought to strong emotion over this loss.  We miss him every day and miss the amazing influence he had on everyone's life he came into contact with. 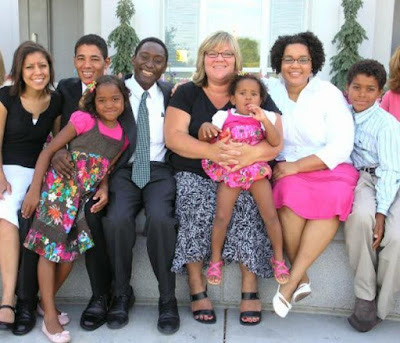 Lots has changed and our family dynamics have changed dramatically.  All repercussions of a very important member of our family being gone.  We are still fumbling but we are also healing.  Finding our ways to deal with grief and  trying to always move FORWARD.

I am working through who I am now.  My future looks a lot different now.   The possibilities are endless.  Travel has become my salve.  Seeing new places, absorbing myself in new cultures, sites, sounds, smells and locations has allowed my mind to slowly heal and the unbearable pain of loss subside.  Finally.  My brain is coming back too.  My retention, the fog, (widow brain is real), my thought process and ability to complete tasks is returning and I'm navigating my new existence with joy.

With that said, my women's retreats will be returning.  I've learned so much in the last two and a half years and I want to share what I've learned with you!

There will be new types of retreats, ones that include learning and travel and of course, my beloved craft retreats!

I hope you join me on my travel adventures by following me @thetravelingwidow and @reclaimyourselfretreats on Instagram.

Thank you for the patience, love and kindness you have shown me and my family.

Posted by reclaimyourselfretreat at 2:54 PM